THE GUIDED TOUR OF TRIESTE 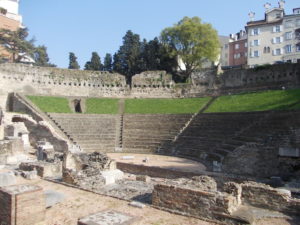 The Trieste walking tour, presented to you by a licensed and experienced guide, is one of the best ways to discover this charming city, an important transport, trade, industrial and cultural center.  The tour guide presents the city professionally and entertainingly. During the tour, you get to know the history, architecture and learn about many fascinating legends and stories related to the place.

In Trieste, unlike its neighboring towns, you can feel a strong historical connection with the Habsburg Monarchy.

Trieste is an important trade center since Roman times, and since then it has been the most important route connecting the Balkans with northern Italy. For many centuries, Trieste is also a transport center. In the 18th century, under the reign of the Habsburg Monarchy, Trieste acquired the name of a free port, in the 19th century a railway link between Vienna and Trieste was built, while the city was also named as the second capital city of Austria-Hungary. In addition to trade and transport, Trieste cannot deny the influential artistic soul that attracted many successful artists, including James Joyce, Umberto Sabba, and Italo Svevo. 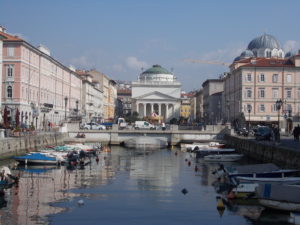 The Trieste sightseeing takes place on the following points:

In addition to the standard guided tour, the visit can always be adapted to the interests of the group. The walking tour lasts about 90 minutes but can be shortened or extended according to a request. The meeting point with the guide is by arrangement. 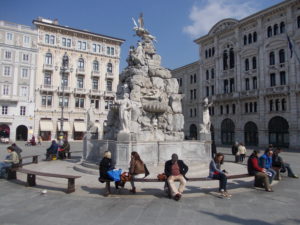 Some useful information regarding the guided tour of Trieste: